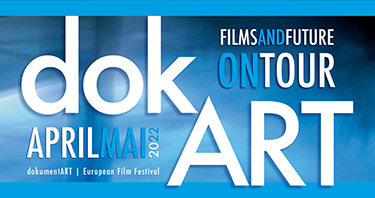 The winners have been determined by our jurys and our audience. Learn more here.

Every two years, Europe's innovative film scene meets in Neubrandenburg in autumn. Documentaries, animated and feature films will be shown that address the topic of the “future” in different ways: How do we want to live - today and in the coming decades - here and elsewhere? We show films that deal with change processes in reality and enable personal, touching and humorous insights into individual life realities.

In addition to the European competition, dokumentART - films & future offers an additional forum for Eastern European films. Encounters between young people from Eastern and Western Europe in a politically enlarged Europe are to be promoted. In addition, specials, retrospectives and regionally oriented offers complement the international program.

We are looking forward to exciting films and another edition of the 29th documentART films & future from November 23 to November 27, 2021 in Neubrandenburg!